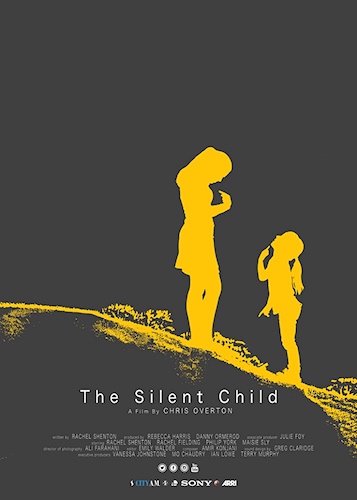 It’s not often you see short films screened in prime time slots on the nation’s biggest TV network — and by “not often” I mean “never” — but then it’s not often two former soap stars make a timely and affecting drama that wins an Oscar, either.

Such is the case with The Silent Child, which stars former Hollyoaks actress Rachel Shenton (who also wrote the screenplay) as social worker Joanne, who’s called in to help young deaf girl Libby (Maisie Sly) prepare to start school. Libby’s upper-middle-class parents (Rachel Fielding and Philip York) have clearly done nothing to help the child, too concerned with making her ‘normal’, and that’s left her obviously miserable. As Joanne begins to teach Libby sign language, she comes out of her skin and brightens up. But her mother remains unconvinced this is the right direction for her child, beginning to see Joanne as more of a threat than a help.

There’s a clear social-conscience motivation behind the creation of this film, highlighted by a downbeat ending that’s well calibrated to anger you into wanting change. It’s depressing that this isn’t set 50 years ago, but is the situation today. It seems hard to believe any parents would be so horrid and low-key abusive as Libby’s, but then I bet they voted Tory, so, y’know. Even then, the cold hard stats presented at the end are sobering. The cumulative effect is powerful and worthwhile. 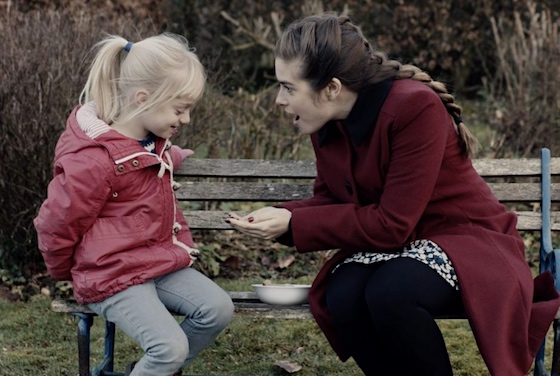 As a film, it’s well made. Director Chris Overton (Shenton’s partner, who also once appeared in Hollyoaks) and his DP Ali Farahani clearly have a good eye: despite the low budget, it’s often attractively shot, with a misty, cold beauty to its countryside locations. Overton has also managed to coax a charming, subtle, and surprisingly nuanced performance from young Maisie Sly. Shenton is also likeable as her well-meaning but hand-tied friend. Some of the supporting performances are a little ropier, but hey, when you’re making a short film for just £10,000, you get what you can. I’ve seen worse.

There are lots of little touches that suggest Shenton and Overton probably want to develop this into a feature film — hints at subplots, that kind of thing — and there’s definitely room for it to grow, too: while it does work as a piece in its own right, this doesn’t feel like the whole story. I’d be surprised if, after the Oscar success and chatter that’s followed (the film was among the top trends on Twitter for the entire night after its BBC One airing), that doesn’t happen. Certainly, it’d be nice to see things turn out a little more hopefully for little Libby.

The Silent Child is available on BBC iPlayer until 29th April 2018.