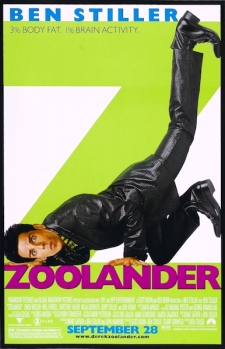 15 years before flop comedy Zoolander 2, there was Zoolander… which wasn’t a big hit either (it was 2001’s 68th highest-grossing film). Nonetheless, it developed some kind of mainstream-cult appeal, resulting in: a) that sequel, and b) me, on a night when I fancied something undemanding, deciding I should see what the fuss was about.

The story of an almost-past-it model who’s brainwashed into being an assassin, it’s essentially a one joke film (“aren’t models dumb?”), but gets surprisingly good mileage out of that. Not relentlessly amusing, nor the best thing on anyone’s CV, but some bits are very funny.