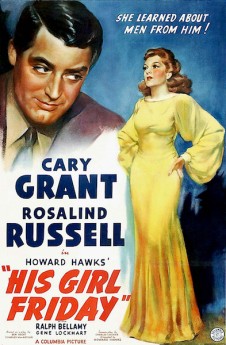 The dialogue flies at phenomenal speed, dragging an ever-changing plot along with it, the funny lines at times literally on top of each other as they tumble to get out. No modern comedy would dare move so fast. It’s clever and witty, the characters apparently in on the joke too, and despite some black plot points it’s always hilarious and, somehow, never disrespectful.

His Girl Friday placed 7th on my list of The Ten Best Films I Saw For the First Time in 2010, which can be read in full here.