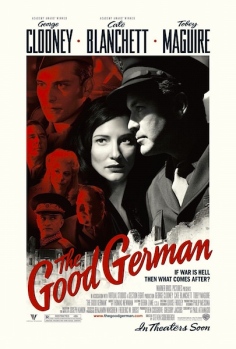 The film was shot as if it had been made in 1945. Only studio back lots, sets and local Los Angeles locations were used. No radio microphones were used, the film was lit with only incandescent lights and period lenses were used on the cameras. The actors were directed to perform in a presentational, stage style. The only allowance was the inclusion of nudity, violence and cursing which would have been forbidden by the Production Code.

So says the IMDb trivia page for The Good German, Steven Soderbergh’s delightfully thorough attempt to create a 1940s-style film noir in the ’00s. It’s even in 4:3, donchaknow.

But is this a case of style over substance? Some critics accuse it of just that, saying it concentrates more on the look & feel than the characters. They do have a point, but the style is, if not incidental, then still not the sole purpose. The tale is more about the mystery — indeed, mysteries — than the characters. Films like The Third Man and Casablanca spring readily to mind; tales where characters cross and double-cross, where you can’t be certain who’s on whose side, or why, or when, or for how long. Though, yes, The Good German does lack the depth of character found in either of those examples.

Still, this isn’t merely a pastiche — or at least not as much of one as it could have been in lesser hands — but instead is a work that conforms to the genre conventions and the filmmaking style of the era it’s both set in and sets out to emulate. It’s very believably done too, so much so that the very modern levels of violence, sex and swearing are uncomfortably incongruous. Perhaps this was Soderbergh’s intention, but you can’t help but think that it’s a misstep. If you’re going to all that trouble to recreate 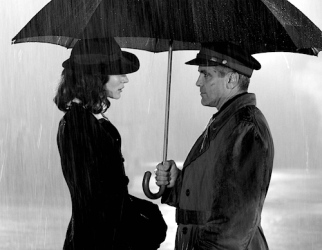 the visual, audio, acting and plot styles of the era, why not ensure the dialogue and action follow suit? There’s no need for the violence, sex and swearing in this particular tale; at least, no need for it in a way that couldn’t be conveyed as effectively using Production Code-friendly methods. I’m uncertain if I like the film less for failing on this measure, but it does add to its inherent oddness.

Thematically the film is quite strong, though thanks to an assortment of almost red-herring-ish mysteries it might take more than one viewing to tease them all out. The setting, in both place and time, gives away the central issues: Berlin, after the war, as the Allies decide who will be prosecuted for the atrocities Germany committed and who will be allowed to escape without a trial. Who was responsible — the ringleaders, their underlings, ordinary people? Every character is connected to this somehow, every one has their morals tested or examined.

We’re certainly given a fair look at each of the three leads, as the film switches its focus between them around-about each act break, signalled by a brief voiceover from the new central character — one of which casually reveals the answer to what had, for a while, seemed to be the central mystery. 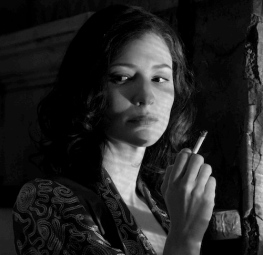 But how much do we get to know them, really? It’s easy to see why critics said “not very well”, because they’re too busy uncovering the conspiracies and revealing their part to actually show us much about themselves. But then why should that be a problem? It’s a noir thriller, not a character drama. Surely it’s about the mysteries and, if you like, the themes, rather than letting us understand the people caught up in them?

Indeed, the array of mysteries distracts from thematic pondering, or the wider conspiracies that the tale is ultimately concerned with. To list them would spoil plot twists, but each in turn seems to be the Main Story — until all is revealed and we have a chance to see the bigger game that’s been played all along. I suppose in that respect it’s like some of the best classic noirs — The Big Sleep springs to mind in this field, not that The Good German is quite as unknowably complex.

Soderbergh’s exercise in era-recreation can be deemed a success: if you can ignore the famous modern cast and the pristine visual quality of a recently-produced film, it looks and sounds exactly like something from the ’40s. Is that enough to sustain a feature? No. But the accompanying story — which, as this is an adaptation, surely inspired Soderbergh’s 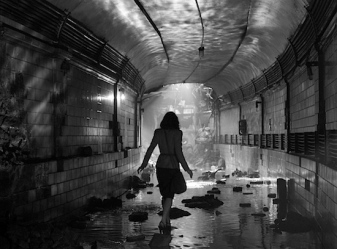 production intentions rather than being invented to slot into them — provides meat on the stylistic bones.

And yet, having seen it, I can’t help but feel that The Good German is little more than an interesting curio; one that deserves to be seen but, following that, viewers would be better off sticking to real noirs.