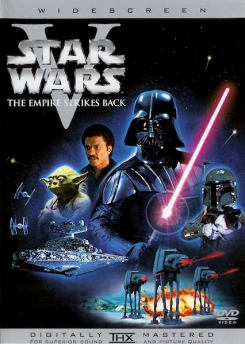 Little here is visually different from the ’97 Special Edition. Cloud City benefits from the CGI windows and lighting it was given back then, though the views look as fake as ever. The big change comes in dubbing both Boba Fett and the Emperor with appropriate actors from the prequel trilogy (as well as a few other minor audio tweaks).

Other than shunning the poor original actors in such a way, Empire is much the same as ever. Widely held as the best in the series, of course, which is not something I’d dispute. The 7th best movie ever made* though? Possibly a bit of a stretch.

My thoughts on the Star Wars saga as a whole — including more detail on The Empire Strikes Back — can be read here.