Michele at Timeless Hollywood has kindly nominated me for a Liebster Award (or, as spellcheck insists on rendering it, “Leicester Award”).

For those not in the know, a Liebster Award is bestowed from blogger to blogger as a kind of peer appreciation. There are actually a bunch of variations — this person took it upon themselves to write some official rules. Not entirely sure what makes them qualified to do such a thing, but they did it anyway, and now that post sits right at the top of the Google search results, so I guess it worked for them.

I’m not sure why it has so much to do with the number 11. Having seen various other bloggers complete the award, #2 seems to be particularly flexible in this regard. I suspect I shall be too.

But first! 11 questions must be answered, in my usual longwinded style:

1) What onscreen couple has the best chemistry?
A relatively recent discovery for me, but I’m going to go with William Powell and Myrna Loy in the Thin Man films.

2) If one lost film could be found, what would it be?
Would it be a cheat to pick some Doctor Who episodes? It would, wouldn’t it? Especially as Who is in a better state than silent cinema, where up 75-90% of films are estimated to be lost. Of course, there’s Hitchcock’s second feature, The Mountain Eagle, and the first British Sherlock Holmes film, an adaptation of A Study in Scarlet (which always seems to be given short shrift when it’s filmed, 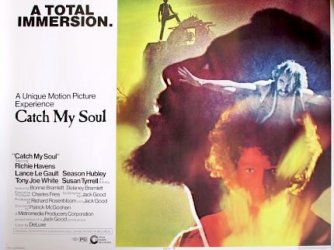 so I wouldn’t hold much hope of that being any better), but the film that most intrigued me when looking into this was from the ’70s: #10 on this list, Patrick McGoohan’s first (and only) film as director, Catch My Soul. Turns out it’s since been found, though the chances of anyone else seeing it look shaky. Still, it does exist, so I go back to the first two.

3) If you could choose one silent comedian between Charlie Chaplin, Buster Keaton, Harold Lloyd or Roscoe “Fatty” Arbuckle, who is your favorite and why?
I confess, I haven’t seen enough of any for this to be a fair contest. From what I have seen, however, The Great Dictator was my favourite work, so I’ll go for Chaplin. (Also for compatriotism.)

4) Who is your favorite swashbuckler?
Does someone who usually (always?) played the villain in such movies count? Basil Rathbone, arguably best known for his portrayal of Sherlock Holmes, was a skilled fencer in real life, shown to great effect in The Adventures of Robin Hood, The Mark of Zorro, The Court Jester (even if that mostly isn’t him), and a few other films that I really must see.

5) What is your favorite biography or autobiography?

It’s not an autobiography per se, but Doctor Who: The Writer’s Tale by Russell T Davies and Benjamin Cook kind of is, as it chronicles Davies’ experience running Doctor Who (and its spin-offs) in 2008 to 2010. You may think “I’m not a Doctor Who fan, this has no relevance to me,” but you’d be wrong. Anyone who’s had a desire to write in a professional capacity, especially for the screen, must read this book — it’s the experience of writing for TV and running a TV show, just with Doctor Who as a case study. And it’s immensely readable, making its surprising length (particularly in the extended The Final Chapter paperback version — length-wise, it’s literally a whole extra book bundled in) fly by.

6) Have you ever participated in a blogathon and if so what did you enjoy most about it?
I’ve participated in a few now (three, to be precise). Each time, I found the knowledge that I was likely exposing my writing to a much wider readership than normal led me to up my game in terms of the research and thought I put into my posts (and consequently their length, too). Which is not to say I don’t just do that anyway (sometimes), but there was a kind of pressure to do well. Good pressure.

7) If you could buy any memorabilia, what would it be?
Let’s be properly extravagant and say a James Bond Aston Martin DB5. I’m not even a ‘car person’, but c’mon, the DB5!

8) In your opinion, who is the biggest pioneer in the film industry (past or present)?
I mean, where do you begin? But here’s a slightly more obscure one: Garrett Brown. Who? The inventor of the Steadicam, that’s who. It looks like the Steadicam might be about to be replaced by the even greater flexibility afford by drones, but still, it was (is) awesome while it lasted.

9) What decade had the best films?
I’m quite fond of all eras of film, so I decided to be empirical about this: I looked at my list of favourite movies and totted up the decades. Turns out the 2000s have it, just pipping the 1990s. Probably says more about when I grew up than anything else, mind.

10) Is there any actor/actress you feel hasn’t gotten the recognition they deserve?
Maybe it’s just because I’m more immersed in modern film, but no one ever seems to talk about Ray Milland. I discovered him for myself through films like Ministry of Fear, The Thief and The Lost Weekend, and I really ought to seek out more of his work because he’s great in all of those.

11) What actor/actress should receive an Oscar that hasn’t?
Michael “The Queen / Frost/Nixon / The Damned United / etc” Sheen.

Next! 11 5 bloggers shall be nominated. (I’m not stingy, I’d do more, but a bunch of blogs I thought of just had one.) Anyway, in alphabetical order:

(You’ll notice a fair degree of crossover with blogs I highlighted in my June update. Not a coincidence.)

Next! The 11 questions they must answer:

1) Have you ever walked out of a cinema part way through a film?
2) Favourite current TV series?
3) Favourite silent film?
4) Favourite David Fincher film?
5) Favourite film soundtrack?
6) Who’s the best James Bond?
7) Which is the longest-running film series that you’ve seen every movie in?
8) Which film have you watched the most?
9) Which film do you love that everybody else hates?
10) Is there a line from a film that you use a lot in everyday life?
11) How much wood would a woodchuck chuck if woodchuck would chuck wood?

And finally! 11 random facts about my good self:

1) I am currently mostly listening to Muse’s Drones and Nightwish’s Endless Forms Most Beautiful.

2) I have two dogs, Rory and Poppy, both rescues.

3) Part of the reason for adopting Poppy was to help with the transition when Rory… you know… because he’d been on his last legs for years. 18 months later, he’s still going, bless ‘im.

4) I kind of work on the principle that my personal life has little to do with my film-related blogging (which, in many ways, is an invalid stance, but that’s a whole other debate), so this is proving tricky…

5) I get kind of ‘attached’ to sayings — not deliberately, but I think I use certain phrases a lot, even if just for a while. Maybe we all do? I’m sure there are plenty of examples in my reviewing (there are certainly words I revert to often); in real life, “there’s a first time for everything” is regularly applicable and “better safe than sorry” is virtually my motto. Whether I listen to it or not is another matter.

6) I make lots of lists, about all sorts — mainly films, DVDs and Blu-rays, especially ones to be watched. Each time I watch a film for this blog, it has to be added to, removed from, or rated on up to 21 separate lists and websites.

8) I am inordinately chuffed with the top menu on this blog, which I rebuilt t’other week to include most of my categories and streamline the review lists. Check out Film Noir (under Categories > Genres) in particular. Sub-submenus!

9) I love pizza. I don’t know if this is attributable to a childhood love of Teenage Mutant Ninja Turtles or just because it’s awesome. Anyway, I’ve been trying to eat more healthily and haven’t had a pizza for five months. Five months. You’re driving me back towards pizza, Liebster Facts. 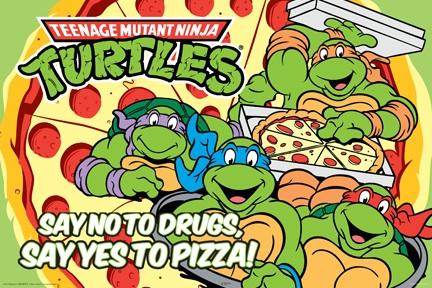 10) Most people my age and nationality call it Teenage Mutant Hero Turtles, because that’s how they rebranded it over here (I really don’t know what the British / the BBFC had against ninjas and their weaponry). It’s always been Ninja to me because, at the time I was into Turtles, I spent nearly two years living in Saudi Arabia. (Who knew that fact was going somewhere broadly interesting, right?) (Obviously, they used the correct title in Saudi.)

So there you go. Thanks again to Michele of Timeless Hollywood, and I look forward to reading my nominees’ answers.

* I wrote that before I looked up the picture above, so this fact is now a lie.