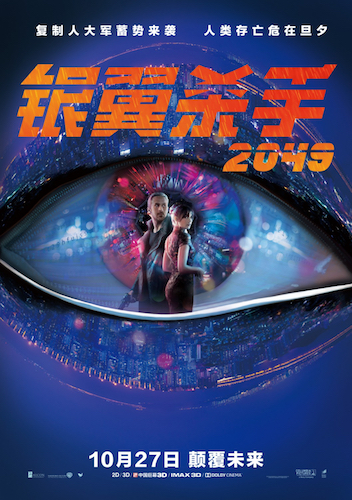 With its home media release comes my second viewing of Blade Runner 2049 (my review from the first is here); and, I must confess, it kinda makes me wish I’d gone back to see it on the big screen again…

First things first, though, what the title of this post promises: the 3D. Blade Runner 2049 was shot in 2D, but that’s commonplace for 3D releases nowadays — post-conversion has reached the point where its quality and, I presume, cost effectiveness means that it’s seen as the preferable option by studios (who’d’ve predicted that in the format’s early days? Some people still blame the bad post-conversion jobs on films like Clash of the Titans for damaging 3D’s prospects as a popular format). In the case of this film, however, I presume it was an artistic decision as much as a practical one: cinematographer Roger Deakins is, I believe, no fan of 3D. Indeed, he’s publicly expressed that his preferred version of Blade Runner 2049 is the 2D one — and the regular 2D version at that, not the one specially formatted for IMAX. Nonetheless, he also personally supervised the film’s conversion to 3D. I guess that’s some kind of dedication. 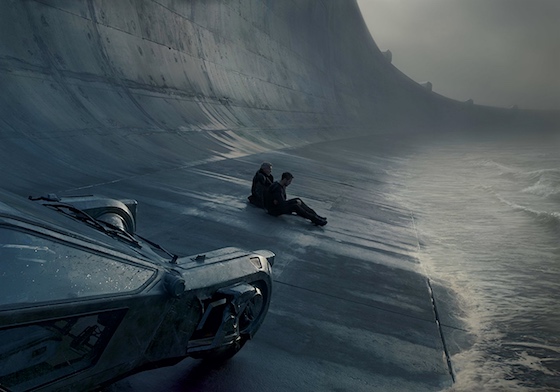 It shouldn’t be a huge surprise, then, that this is not a film designed to show off in 3D — but that’s not to say it’s bad. Rather, what it most often offers is a subtle, believable delineation of space. Confined rooms and the distance between objects within them all feels very real, very plausible. In some respects that just ties into the film’s overall style: it’s a beautifully shot movie, no doubt (give Deakins the bloody Oscar!), but only occasionally does it do that in a heightened way. Think of the scenes in K’s apartment, for instance, or his boss’ office, or several other locations along those lines. They look very naturalistic, which is surely part of the point.

Now, there are other times when the added emphasis of depth highlights things — Wallace’s little drone whatsits make their presence more known, for example; how see-through Joi is at times becomes more apparent (the fact the background is ‘peeking through’ her is understandably clearer when you’re able to sense how far away that background is). At other times, wide-open scenery stretches far into the distance. One of the most visually standout locations was the old furnace that K’s memories lead him to — the size of the space, plus all the levels of pipes and gantries, makes for a lot of depth markers.

Another was the office / seclusion chamber of the memory-maker — another large space, albeit empty this time, but I thought its isolating size felt clearer in 3D. That’s the kind of thing that can make quantifying the effect of 3D hard, especially for laypeople: sometimes it’s creating an effect that you don’t immediately notice (because it’s not poking you in the face or whatever), but if you directly compared it to a 2D version you’d see what it’s adding. I’m not going to argue Blade Runner 2049 is a demonstration piece for that particular quality, but one wonders how often it’s a factor.

Setting the 3D aside, this was (as I said at the start) the second time I’d watched the film, and I found it to be almost a weird experience. Blade Runner 2049 is not a film that’s just about the answers to its own mysteries; but, nonetheless, knowing those answers, and knowing where the story was going and how long it was going to take to get there, made the second viewing a very different experience to the first. For one thing, it doesn’t feel like such a long film at all — it’s in no hurry, but the pace is measured, everything happens for a reason, unfurls with the space it needs. (I’d still be fascinated to see the reported four-hour cut though, or at least the deleted scenes from it.) Knowing the answers also refocuses your attention. K’s often-silent reactions to what he uncovers are a big part of the film, and that feels different when you know how things will pan out versus when you’re discovering them alongside him.

Finally, swinging back round to the purely visual again, watching this particular movie at home came as a reminder of why the big screen can still matter. Deakins’ magnificent photography still looks incredible, of course, but those horizon-stretched vistas, or the tall city streets with their looming holographic advertisements, don’t have quite the same impact when they’re not being shown at more-or-less life size. I bet the IMAX version was a wonder…