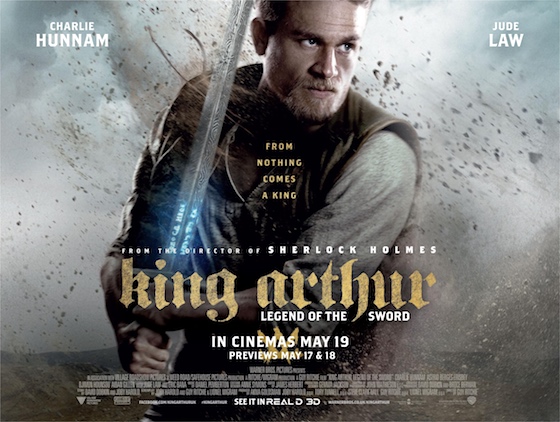 After years of making fundamentally similar movies, director Guy Ritchie found renewed success reinventing Sherlock Holmes for Warner Bros. I presume that’s directly responsible for the studio tapping him to kickstart this long-gestating project: a series of films inspired by the legends of King Arthur. Unfortunately for them, plans for a six-film series were scuppered when this initial entry went down like a lead balloon with critics and consequently was a box office flop. Nonetheless, some people who I think are worth listening to reckoned it was actually pretty good. Turns out… eh…

Set in a vaguely-defined historical Britain (the capital is called Londinium, but the king resides at Camelot, which is… somewhere else…?), Legend of the Sword begins with King Uther (Eric Bana) being deposed by his scheming brother Vortigern (Jude Law), with only his young son Arthur escaping. Arthur grows up in a brothel and on the streets, going from a weedy kid to… some kind of, like, gang boss type figure, I guess? Basically, we’re in familiar Guy Ritchie territory: lads up to criminal hijinks with a London accent, only now in medieval costumes. Anyway, long story short, Excalibur — the eponymous sword — reveals itself stuck in a stone, every young man is forced to try to pull it out, which obviously Arthur succeeds at, marking him out for death by Vortigern but also as the true king to those who remain loyal to Uther, who now have a Robin Hood-esque underground army — and so they begin a Robin Hood-esque campaign against Vortigern. Seriously, it wouldn’t take too many tweaks to make this as passable a Robin Hood film as it is a King Arthur one. 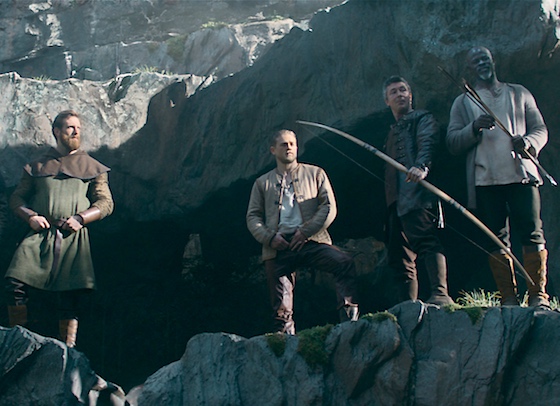 So, to no one’s great surprise, if you’re looking for a broadly faithful adaptation of Arthurian legend then you’re out of luck here. There are obviously famous bits of the legend thrown in — the aforementioned Excalibur and its stone; the Lady of the Lake pops up too; and… um… other than that it’s pretty much just people’s names, really. I don’t know how much critics were hoping to see a more recognisably Arthurian tale, but I have to wonder if this massive deviance from the well-known stories of the eponymous hero is at least partly responsible for the film’s poor reception.

Part of why I wonder this is that, if you approach Legend of the Sword less as a King Arthur film and more as a Guy Ritchie-flavoured fantasy movie, there are bits of it I think are really, really good. Some of it’s great, even, like an efficient and exciting montage that shows Arthur growing from child to adult. Or any other time there’s a montage, really — that’s the best one, but others are equally as effective. Second best, for instance, is one where Arthur has to go on a quest in some alternate dark dimension or something, battling giant bats and other such nasties. That’d be the whole of act two in other films, or at least a significant action sequence, but its basic content is all so rote — so Ritchie instead burns through it in a montage, which feels like a nod and a wink to the audience: “you know how this goes”. Editor James Herbert certainly gives his skills a workout making these sequences fast, clear, and cinematically thrilling. 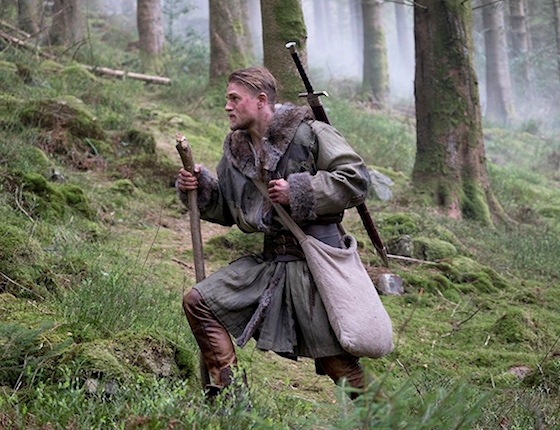 Of course, if you really dislike Ritchie’s trademark style then him slapping it on the fantasy genre isn’t necessarily going to enrapture you. Reportedly the project was pitched to the studio and cast as “Lord of the Rings meets Snatch” and they’ve pretty much delivered on that promise, transposing Ritchie’s modern London laddish schtick onto medieval Londinium plebs. Personally, although I’ve somewhat tired of his recognisable approach in a contemporary setting, the temporal disjunct was a fresh enough variation for me, breathing new life into both Ritchie’s MO and fantasy tropes.

Unfortunately, for all the verve of his own style that Ritchie injects, there are also bits that typify CGI-blockbuster blandness — the final fight is a nothingy blur. The speedy, montage-driven style also allows for only so much character development. What time there is gets focused on Arthur and Vortigern, which I suppose is appropriate enough, with a large supporting cast fighting over the scraps. It seems obvious to me that a mysterious female character known only as “The Mage” was meant to be revealed as Guinevere (a conceit broadly nicked from the Jerry Bruckheimer King Arthur, I think), and indeed that was apparently nixed in post-production. I guess they thought they could bump it to one of the five sequels… which now aren’t happening. 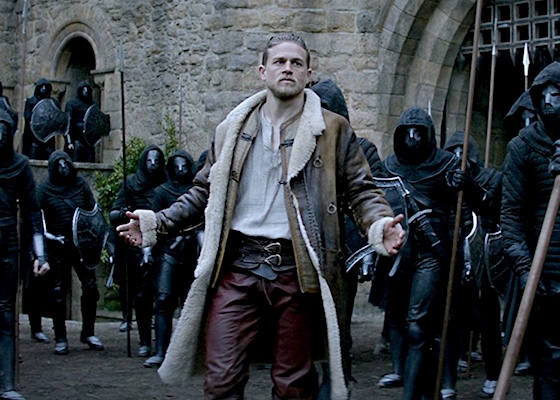 My final three-star rating is maybe a bit harsh, but then maybe I’ve been too generous with my fours lately (or always). If Legend of the Sword had been able to carry through on the impetus of its best bits then it may even have been looking at a full five stars, they’re that good, but it doesn’t come together as a whole. It’s not the failure mass opinion painted it as, but it’s not quite a success either — it’s an interesting “good try”.

King Arthur: Legend of the Sword is available on Sky Cinema from today.