Another busy, busy month — I should’ve split it into fortnights again.

Anyway, read on for reviews of Top of the Lake: China Girl, the latest instalments of Game of Thrones and Twin Peaks, ‘old’ shows like Line of Duty series 3 (from all the way back in 2016) and Peaky Blinders series 2 (from even longer ago: 2014), and even more bits & bobs too.

The first of this month’s quartet of trips to Westeros, Stormborn, demonstrated better than the premiere the whip-crack pace the show is now moving at. To pick one example: Arya re-encountered Hot Pie and learnt that Winterfell was back in the hands of the Starks, changed her plans to journey there instead of King’s Landing, and encountered Nymeria (her wolf last seen way back in the second ever episode), who now leads a pack of wolves and, basically, rejected Arya. All those developments previously would’ve taken Thrones a good four or five episodes to get through, but no more. There are benefits to this, of course — no more longueurs — but the worry is Dan & Dave are rushing for the sake of rushing; because they told themselves this story would be done in 73 episodes and they’ve kind of had enough after the best part of a decade working on it. Still, it’s not as if it’s bad, it’s just faster. And where the episode promises exciting reunions and first meetings left, right, and centre, we can be assured they’re just around the corner.

Almost literally, as Jon Snow, hot off deciding to go visit Dany at the end of the previous episode, rocks up to Dragonstone in The Queen’s Justice for the long-awaited meet-up between aunt and nephew — not that either of them know that. The show doesn’t even make us wait all episode for it, kicking right into it. And, again, things move ever onward, as cunning plans are executed, thwarted, and bettered. It’s been reported that this season has the same budget as normal, despite having three fewer episodes, and that clearly shows on screen with epic battles almost every week.

The most epic so far came in The Spoils of War. Apparently it’s been dubbed the Field of Fire — if there’s one thing Game of Thrones is consistently good at, it’s giving its big events cool monikers. (The “Field of Fire” is also an event from the series’ backstory, I believe, so maybe some of the reviews I read just got confused.) But it’s not just cool shots of fiery destruction that make this episode so satisfying: it’s the way that changes the game. Not to mention characters coming together after so long apart, both on the battlefield and not. That two girls talking in a crypt can be as thrilling as a dragon blowing shit up is… well, how character investment works, I guess. Some reckon this is the series’ best-ever episode. I wouldn’t go that far, but it is right near the top.

By comparison, Eastwatch was almost a calm affair. Okay, that might be an exaggeration; but there were no epic battles this week (just a cliffhanger teasing one next time). It continued to contribute to this perhaps being Thrones’ most satisfying season ever though, with yet more long-awaited reunions, a couple of pretty major revelations, and some great skullduggery and counter-skullduggery. It also held fan-pleasing moments aplenty, my personal favourite being Davos’ meta one-liner. If it doesn’t stand out as an all-round all-time classic like the episodes surrounding it, that says more about them than it does this quality instalment.

Top of the Lake: China Girl 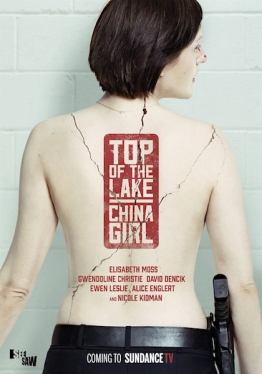 Set four years after the first season, China Girl sees New Zealander Robin back at work as a police detective in Australia. The inciting incident happens on Bondi Beach, but this is not the world of sunny tourist hotspots or chirpy vets: it’s the body of an Asian prostitute, brutally murdered and shoved in a suitcase, then dumped to rot in the ocean. And it gets grimmer from there. Meanwhile, Robin seeks a connection with the daughter she gave up for adoption at two days old, who is now a headstrong and over-assured seventeen-year-old blindly falling into something way out of her depth.

After a first episode that seems somehow tentative, as if it’s considering on the fly whether it should be a second season or a standalone narrative with the same protagonist, China Girl quickly resolves into its own beast: with vital groundwork laid in that sometimes stilted first hour, it hits the ground running as soon as episode two (making me wonder if, with further hindsight or a rewatch, the first episode wasn’t so awkward after all). Over its remaining five hours, China Girl increasingly impresses as dark, difficult, uncomfortable, challenging, and powerful drama. It’s also laced with surprising humour, and it’s a bit pretentious too. I can see why it was a hit at Cannes.

There are some great performances in there too, mainly from the female characters — no surprise, really, considering creator and co-writer/co-director Jane Campion is clearly interested in exploring women’s place in the world. Moss carries things, with Robin competent but combative at work (she needs to be, as the Australian police force seems stuck in the ’70s with its gender politics) even as her personal life is a tumultuous mess. Nicole Kidman gets to play it kooky as the adoptive mother of Robin’s child, who’s gone all spiritual and lesbian recently. The most entertaining is Gwendoline Christie as an enthusiastic constable who latches on to Robin, eager to be her protégé. She brings the bulk of the humour, with great lines and moments aplenty, but also brings emotional depth when needed.

The whole thing ends with a degree of ambiguity rather than a killer blow, answering all the plot mechanics but seemingly less clear on how it wants to conclude its important themes. Nonetheless, for me it was an order of magnitude more interesting than the good-but-kind-of-woolly first season, and therefore a lot better than it too. 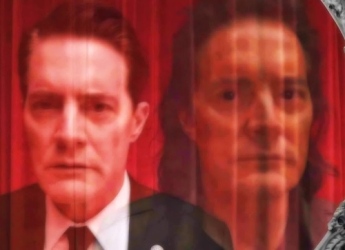 I must be honest with you, dear readers: the longer this Twin Peaks revival goes on, the less I feel I’m enjoying it. It works best when Lynch is trying to out-Lynch himself. Those episodes are crazy and borderline nonsensical and insanely challenging to what constitutes filmed entertainment, but at least they’re interesting; and if you don’t get it you can dismiss it as “it’s Lynch, innit”. It’s actually the ‘normal’ stuff — the investigations and machinations in South Dakota, Las Vegas, and Twin Peaks itself — that are beginning to get on my wick. Again, at times there are moments of clarity or inspired weirdness, but in between sits a morass of sludgy plotting and wilfully obscure characterisation. It’s starting to nudge the series from “revelatory experiment” into “noble failure” territory, for me.

That said, there was a definite uptick at the end of this month’s viewing, with Part 14 providing a lot of long-awaited developments and forward momentum for the plot (plus one of my favourite of the end-of-episode performances at the Roadhouse, Lissie’s Wild West). Perhaps everything will finally come together in the remaining few episodes after all? Or perhaps everything will slow down again and we’ll be none the wiser come the end of Part 18. Only time will tell…

As I noted last month, the third series of Line of Duty seems to be the one that attracted the most adulation. I was reserving judgement until I’d finished, because at the halfway point I wasn’t finding it superior to the brilliant second series.

For those still unaware of the show, it’s about a police anti-corruption unit, and in this six-parter they were looking into an officer who shot a suspect and covered up the circumstances. That wasn’t all that was going on, however. Line of Duty pretends it’s about a new case each series but, really, it told one big story across its first three runs. I wonder if that’s why some have hailed this one as its best: it finally brings all those long-brewing arcs to a head. Unsurprisingly, the bulk of the resolutions come in the feature-length finale, which is certainly a striking episode. Nonetheless, I’d argue series two was better overall — I felt it had a greater sense of mystery, palpable tension throughout, and the plot was more unpredictable. Still, I don’t wish to do the third series down — being second-best to that is no mean feat.

The second series of BBC Two’s period crime drama jumps forward two years to find everyone’s favourite Brummie criminals running such a successful business that they intend to expand their operations to London, by sticking their oar into a turf war between the Jews (led by Tom Hardy) and the Italians (led by Noah Taylor). Meanwhile, Sam Neill’s copper is back with a vengeance, teaming up with the Irish to blackmail Blinders kingpin Cillian Murphy into performing an off-the-books assassination for the crown.

Peaky Blinders’ second series ups the ante from the already excellent first, pitching its leads into a more dangerous world where they’re not the major force to be reckoned with. As its stories unfurl over six hours (without needing to resort to wheel-spinning), you begin to wonder how they can possibly escape the various binds they find themselves in. It all builds to a payoff-filled finale, even though things don’t go quite to plan… Where that will take things in the third series will be interesting to see. (For more up-to-date fans than me, the fourth series is due later this year.)