Taking one film at a time, the series will run all year, hopefully biweekly (as in twice a week, not fortnightly), meaning I can just squeeze all 100 in by December 31st. The plan is to post every Wednesday and Sunday, regular as clockwork (fingers crossed…) All the posts will be collated on this page (not this page, that page).

I will say at the outset, these are not the 100 films I consider to be the greatest ever made (whatever that actually means). Far from it, actually. These are my personal favourites. I suppose to some people that’s one and the same, and of course there’s some overlap, but this list also includes the guilty pleasures (if you believe in such a thing); the films which you know aren’t ‘great’ but you love anyway; or even just films that aren’t as objectively fantastic as something else, but I personally prefer.

Now, there are some caveats to this announcement. (Of course there are — it’s me.) If you really don’t care about The Rules, or some of my thoughts on the selection process, or a few hints about what’s to come, then I’ll see you on Sunday for #1. Otherwise, read on… 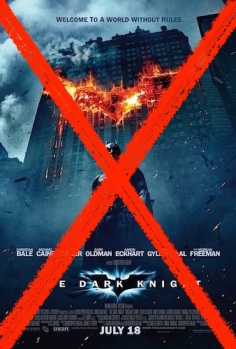 I say “The Rules”, but there’s only one major caveat to the whole shebang: the only films eligible for inclusion were ones I’d watched before I started 100 Films. Is it cheating to flat-out exclude anything I’ve watched in the past nine years? Well, here’s the thing: all of those films have already been reviewed here, and while some would benefit from a deeper going-over, others have been thoroughly covered as it is — if I were to review The Dark Knight again, it would be the fourth time I’d covered it. So from a pure list-making perspective, yes, it’s a bit of a cheat; but in terms of what adds more interest and value to this blog and its archive, and therefore to you, my dear readers (well, hopefully), it’s this method.

Further to that, there are still some repeats, because down the years I’ve reviewed a handful of previously-seen titles — indeed, at least one that I’ve reviewed would’ve been a dead cert for this list, were it not for that very re-watch having an impact on my opinion (that’s Sin City, by-the-by). For anyone interested in a guessing game (or just generally curious), I’ve already reviewed 18 of my 100 picks. On the bright side, the posts in this favourites series won’t just be straight-up reviews, as you’ll see soon enough.

As anyone who’s ever tried to compile a list of their favourite movies will know, it’s hard. Doing a list this long relieves some of the pressure — my list of “absolutely must include”s was indeed long, but not close to filling all 100 places. Because of the length, there are films that would be genuine contenders for my all-time top ten best movies I’ve ever seen, and others that I liked very much but are ‘making up the numbers’. Which is a little harsh — it’s less that they’re padding the list, more that I’d know where to start cutting if I had to make room. Besides, that’s probably where the more unusual and surprising choices will be found. 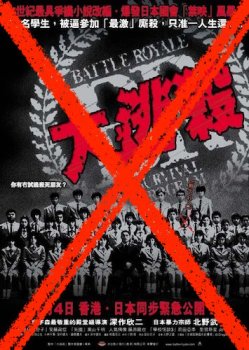 Throughout the selection process, value judgements have to be made — some films lose out on the day that might’ve made it on another. The biggest losers (as it were) were a handful of films I remember loving but have never got round to re-watching. As I’d only seen them once, and over a decade ago at that, I didn’t feel qualified to include them instead of films I was more certain of my opinion on. So pity Battle Royale, Butch Cassidy and the Sundance Kid, A History of Violence, JFK, The Mark of Zorro, Munich, Philadelphia, Where the Truth Lies, and several more — if I’d made the time for their re-viewing (and I did do some, just not enough), things might have been different.

Nonetheless, eight films that I’ve only seen once did still make the list. Now I feel like I’ve made some silly choices…

What kind of films made the cut? Well, to be perfectly honest, there’s a lot of really obvious stuff on here. My even longer long-list contained a few more oddities, but the well-known classics (and modern classics) have that status for a reason, and they ultimately won out… most of the time. There will be a few surprising omissions, I’m sure, and hopefully a few surprises littered about too. If you’re wondering about specific inclusions/omissions, the films will be in alphabetical order, so you might spot omissions before the end… unless they begin with, y’know, Z. (Hint: there are no films beginning with Z.) 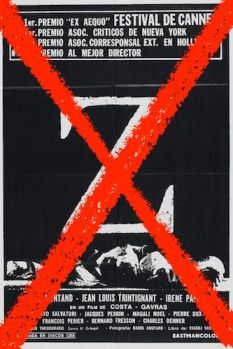 A certain kind of film makes up the majority of the list. “Juvenile” would be too strong a word; “mainstream” would not be far from the truth. Remember, this is a list compiled from films I first saw up to the age of about 20 (albeit selected from the perspective of being nearly 30). It was only at the very tail end of this time that my experience of cinema really began to broaden beyond what one might semi-pretentiously call the Anglospheric mainstream. That period of widening horizons overlapped with this blog’s birth, as you might observe from some of the films featured in my very earliest days. So films from those first tentative, sometimes faltering, steps into a greater appreciation of Cinema don’t really find a place on this particular list.

That said, don’t imagine things will be limited to Disney musicals and Spielbergian action-adventures. Indeed, some people would look at this list and think it fairly represents the breadth of cinema. Certainly, it could be worse. But I shan’t spoil anything by suggesting how many of them should be viewed with subtitles, or how many were produced before the year of my birth, or how high the percentage of American movies is — though I think we all know that such statistics will inevitably be trotted out when I reach the end.

A list of favourite movies is always a work in progress — there are always more classics to discover, or hidden gems that most people don’t adore but you do, not to mention all the new films they can’t stop making. You might argue most of the latter are dross, but there’s always something worth seeing, and every once in a while a genuine classic comes along. 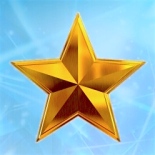 The work-in-progress factor is even true of this list: it may be locked to films I first saw 10+ years ago, but re-watches and the shifting opinions of age can always bring change. By the end of this project (or the middle, or even the start), I might think I should’ve made some different choices. Even still, over the next year you’ll see an at-least-passable version of my 100 favourite films.