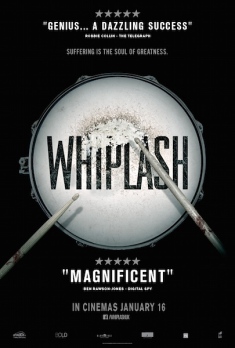 In reality, the story concerns Andrew (Miles Teller of 2015’s Fantastic Four reboot), a drumming student at a prestigious music college where everyone wants to be in the ensemble run by Fletcher (J.K. Simmons of Sam Raimi’s Spider-Man trilogy). When Andrew makes it in, he soon discovers what a hard taskmaster Fletcher is; some would say abusive. Is Andrew prepared to give up everything, including his burgeoning relationship with Nicole (Melissa Benoist of the forthcoming Supergirl series), to impress? How far will he go to be the best?

Chazelle’s screenplay is admirable in its psychological complexity here, particularly as it’s contained in a straightforward-seeming master/pupil, abuser/abusee drama that also functions as a surface-level dramatic thriller. The extra levels come from these exact characters and their exact relationship. Fletcher is striving for true excellence, which means he has to push his students… but is he pushing them too far? Andrew wants to be truly excellent, which means a certain amount of dedication… but is he investing too much? Is the relationship that grows between them mutually beneficial, or mutually destructive… or only destructive to Andrew? Whiplash may look like a drama about a music student, but the twists and turns grip more like a thriller, while the questions it raises are not given easy answers. The ending in particular is deliberately ambiguous, and different people have certainly made different assumptions about its intended meaning. 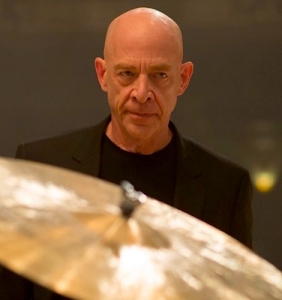 Simmons’ Oscar is well earnt as the unpredictable Fletcher. If you’ve seen clips and trailers you might imagine it’s a fairly one-note turn, the Angry Teacher who possibly reveals a Heart Of Gold either just in time for the third act or at the very end. But no, there’s more to it than that, and Simmons negotiates every facet and nuance with the expertise of an experienced character actor. Commendations to both Chazelle and Simmons for wrong-footing me on what was actually going on with him more than once.

If the rest of the cast exist in his shadow, it’s because everyone’s giving appropriately restrained performances. Teller actually offers a very strong turn as the lead, who we are of course invited to like and identify with at the start, but who goes so far that it distances the viewer. This is a tricky feat to pull off — many a film has faced accusations of failure because our relationship with the hero was severed when they did something the viewer disapproved of. Andrew isn’t the hero, though; not exactly. He’s the main character, certainly, and we are following his journey and the battle for his future — his soul, if you want to be poetic about it — but that doesn’t mean we like everywhere he goes, or will approve of his eventual destination.

Really, the film is about Andrew and Fletcher. If there’s one serious criticism that could be levelled at the film, it’s that the Nicole subplot is slightly underdeveloped. 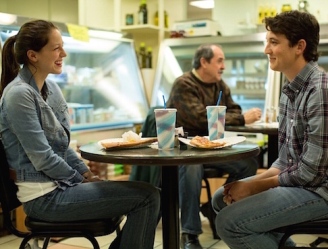 That thread could do with a boost in the middle, to give their relationship a little more weight when we reach the decisions Andrew must make about it later on. (Personally, I’d choose Melissa Benoist over J.K. Simmons any day, but I don’t think that’s the point…) The same could be said of Andrew’s relationship with his father (Paul Reiser), though that’s actually given more screen time and is consequently more impactful.

These are mere niggles, though, in a film that appears quite simple but actually contains quite a lot of power. It’s certainly more thrilling than you might expect from a character drama about someone learning to play drums, as well as more psychologically complex, and definitely more thought-provoking. There are no easy answers here, just real life; but, unlike most films you’d say that about, Whiplash thoroughly entertains.

The aforementioned Fantastic Four is in cinemas from Thursday.