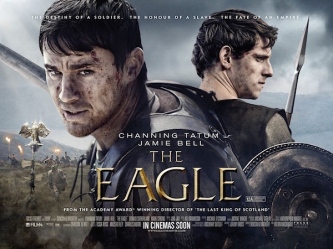 Channing Tatum is a brave Roman general whose father lost his company’s standard, the titular eagle, north of Hadrian’s Wall (a real historic event, coincidentally depicted in Centurion). Determined to reclaim his family’s honour, he ventures north with slave Jamie Bell to attempt to retrieve it.

Adapted from Rosemary Sutcliff’s children’s adventure novel The Eagle of the Ninth, director Kevin Macdonald’s film is, perhaps surprisingly, almost leisurely paced, as much about mood as it is about action. Big fights and battles clearly aren’t the film’s goal or forte, though an early sequence where Roman forces battle druids outside the fort Tatum commands is excellently done. Conversely, it makes the last-stand climax feel a little underwhelming, even somewhat anticlimactic in its briefness.

Between the two battles, Macdonald has made almost an understated second-century buddy movie, as Tatum and Bell trek across the North, bonding — or not — as they encounter the locals. Personally, I rate both of these actors (Tatum, a little to my surprise, has really grown on me this year), so the focus on their cautiously-trusting, always-uncertain relationship worked for me. However, the movie’s real strength lies in how incredible it looks, with rich cinematography by Anthony Dod Mantle that shows off some dramatic scenery, shot on location in Scotland and Hungary. When the duo reach a far-north tribal camp, there’s an edge-of-the-world — indeed, almost other-worldly — 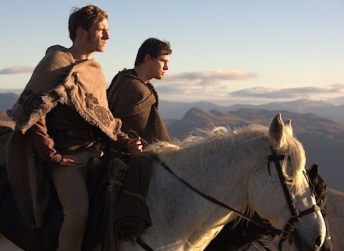 quality to the setting, characters, and imagery that’s quite striking.

The Eagle is a little more thoughtful and measured than you might expect from a PG-13 adaptation of a children’s adventure novel. Clearly a movie that doesn’t meet with all tastes, it has a number of strong qualities that did mesh with mine.