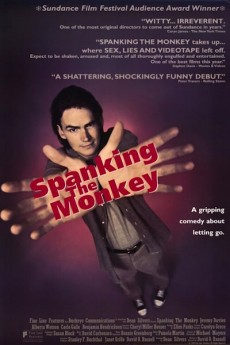 The debut of writer-director David O. Russell sees college student Raymond forced by his controlling father to turn down an exciting summer internship to care for his invalided mother.

Spottily entertaining, history has rendered Spanking the Monkey merely an early curio from a now-famous director.

In the interests of completing my ever-growing backlog, I decided to post ‘drabble reviews’ of some films. For those unfamiliar with the concept, a drabble is a complete piece of writing exactly 100 words long. You’ve just read one.